Posted on September 28, 2015 by brickboutique

Guests at the Oct 4th show 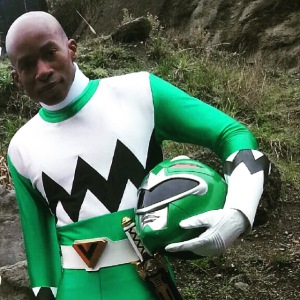 Daniel Ross– Daniel is most notably known in the gaming world for performing his iconic role as the evil lead-villain Starscream from the 2007 smash hit “Transformers: The Game“, to his work on “Runaway 2: Dream of the Turtle“, and also “Dungeons & Dragons: Neverwinter“!  Daniel’s career as a performer has flourished in several of his on-screen roles, most notably featured in films such as, “Lovely Molly“, “Thug Life: All in the Game“, and the upcoming grindhouse thriller “You’re F@#k’n Dead“!.  It has been elevated further by his involvement as both an Executive Producer and Actor in the independent cult-classics, “Ninjas vs Zombies“, “Ninjas vs Vampires“, and currently on DVD & VOD- “Ninjas vs Monsters“, additionally, “Trekoff: The Motion Picture” coming soon!  Listen for Daniel’s voice in the upcoming cartoon series, “Max & Wrigley” as the lovable blue parrot Frankie, as well as the lead villain in the upcoming animated feature, “Monster Island“, and currently as the voice of Lucky from Lucky Charms Cereal.

A true veteran in the Voice Actor world we are very happy to have him added to the line up.

Some of the great Voices by Cam

Max Sterling and Lancer from Robotech

Began his career over 25 years ago as an actor on stage and on camera, performing in several feature films and dozens of plays. He found success as a voice over artist, lending his voice to one of the first foreign made animated features to receive wide release (“The Sea Prince and the Fire Child”). His first foray into television was as the lead voice in the popular animated series “Robotech”. In early 1994, Tony was named Supervising Producer of “Saban’s VR Troopers”. Later in the year he co-developed and wrote the script for the international sensation “Mighty Morphin Power Ranger – Live Tour”. He then spent several months in Sydney, Australia consulting on the 20th Century Fox summer release “Mighty Morphin Power Rangers – The Movie”. In 1995 Tony was named Co-Producer of “Power Rangers”.

Dan Woren was born on January 8, 1952 in the USA.  He has an impressive 204 acting credits, including Byakuya Kuchiki from Bleach, Caster from Fate/Zero, James Bukhar from Yukikaze, Yang Neuman from Macross Plus, Liu Bei in the Dynasty Warriors series of games, and even played a borg in Star Trek: First Contact!

Some of her more memorable roles include:  Maia Devlin in Space Pirate Captain Harlock, Pai in 3 X3 Eyes, Patty Rabbit in Mapletown, Mihoshi in Tenchi in Tokyo and Tenchi Movie 2 and 3, Nunnally Lamperouge in Code Geass, Tima in Metropolis, Sugar in Snow Fairy Sugar, Suiseseki in Rosen Maiden, Naomi in Twilight of the Cockroaches, Primera in Magic Knight Rayearth, Tachikoma in Ghost in the Shell: Stand Alone Complex, Ai in Digimon, Farleen in Star Ocean: Till the End of Time, Sharon in Blood the Last Vampire, Tama Chan in Bottle Fairy, Alice Henderson in Speed Racer, Juliette in Dogtanian and the 3 Muskahounds, Ayane Isuzu in Gatekeeper, Rika Furude in When They Cry, Rita in Suikoden IV, Cyberdoll Rena in Hand Maid May, Izzy Randall and Lynn Minmei in Robotech Battlecry, Chizuko Oe in Mahoromatic, and many many more.

MELORA HARTE – The voice actress of the lovely and enigmatic character Musica, from Southern Cross (aka. “That alien dame,” according to Angelo Dante to Bowie). Ironically, Steve Kramer is married to Melora.

Svea and Carl were married in an outdoor ceremony in Yorma Linda, California in 1981.  Svea, along with colleagues Bob and Cecile Cabeen, compiled the first style guide for the ROBOTECH franchise that became the foundation of ROBOTECH Art I.  Svea also illustrated the first issues of the Macross Saga comic book series from Comico.  A graduate of California State University-Fullerton with a degree in Fine and Studio Arts, she has worked as costume designer on several movies and television shows, including I Spit on Your Grave(2010), Deadtime Stories (TV Series, 2013), Soaked in Bleach (2015) and Atlas Shrugged II: The Strike (2012).

STEVE KRAMER – As the series’ script editor, Steve Kramer was charged with overseeing the work of the series’ staff writers throughout all eighty five episodes. An accomplished screenwriter, Steve has also lent his voice talents to several of Carl Macek’s projects; most notably as ROBOTECH’s own Sergeant Angelo Dante.

This entry was posted in Uncategorized. Bookmark the permalink.